Talus Garlands aka Stone Mulch could be a boon for gardeners in dry areas or a drought situation. I know Texas lost many trees last year, and although the first part (in red) of the information below was taken from a permaculture article (Rethinking Water: A Permaculture Tour of the Inland Northwest), the principles of how it works should apply in many other areas.

“Scabland” is a term used to describe the parts of Washington State which are too rocky to grow wheat on. These scablands are comprised of coulees, cliffs, and mesas, eroded into basalt bedrock. The walls of such formations often have piles of broken rock about their base. Being a berry enthusiast, I noticed that the best place in the steppe to find serviceberries was on the north side of such rock piles. In fact, the north sides of a rock piles are about the only places that stay green in the summer.

Research revealed that botanists had already named this phenomenon, calling it a “talus garland community”.

It seemed obvious that mimicking a talus garland would be a great way to grow woody plants on dry land. But before trying to build such a mimic, we needed to understand how they work in nature.

Why are talus garlands so green? There are several theories:


Research reveals: "the mulching of agricultural fields and gardens with stones, pebbles, cinder and similar lithic (stone) materials is a variant agricultural strategy that has been used to evade drought and increase crop yield for more than a thousand years in the Old and New Worlds. Lithic mulch agriculture (LMA) is uniquely suited to the constraints of dryland environments, yet its use has remained confined." (Source)

Wiki says: A stone mulch can significantly increase crop yields in arid areas. This is most notably the case in the Canary Islands: on the island of Lanzarote there is about 5.5 inches of rain each year, and there are no permanent rivers. Despite this, substantial crops can be grown by using a mulch of volcanic stones, a trick discovered after volcanic eruptions in 1730. Some credit the stone mulch with promoting dew; although the idea has inspired some thinkers, it seems unlikely that the effect is significant. Rather, plants are able to absorb dew directly from their leaves, and the main benefit of a stone mulch is to reduce water loss from the soil and to eliminate competition from weeds.

Here's a paper on Stone mulching by the Hopi in Arizona and New Mexico.

I'd love to hear what you think about my posts! We all learn together.

darius
Appalachian Mountains, SW Virginia, United States
This blog has turned into “Living Along the Creek” for my life here now includes much more than just raising healthy vegetables and fruits. I’m learning to cure and preserve meats (from bacon and ham to salumi) and to make many kinds of cheese to round out my homegrown diet. I have worn many hats in my lifetime; I’ve been a passive solar home-builder, a marketing executive, a garden writer, a medical researcher, renovated houses, raised Arabian horses, and worked in open-heart surgery. I'm interested in far too many things to do a single-topic blog! My interests include Self-sufficiency; Sustainability; High Brix / Nutrient Dense Foods; growing more of what I eat, eating (and preserving) what I grow. Learning what's good for my body/health, and what isn't. I'm a Seeker hoping to become a Wise Woman someday. This blog is not supported by any advertising or special-interest groups. Contact me: darius at 2footalligator dot com

If you appreciate this blog, please donate! Your donations help make many things possible, including the purchase of books like the 2 volume set of Edible Forest Gardens so that I may continue to research and pass along information to you. 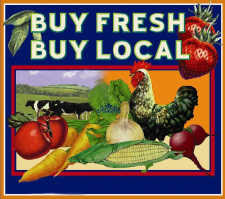 Click here and scroll down for more of my articles.